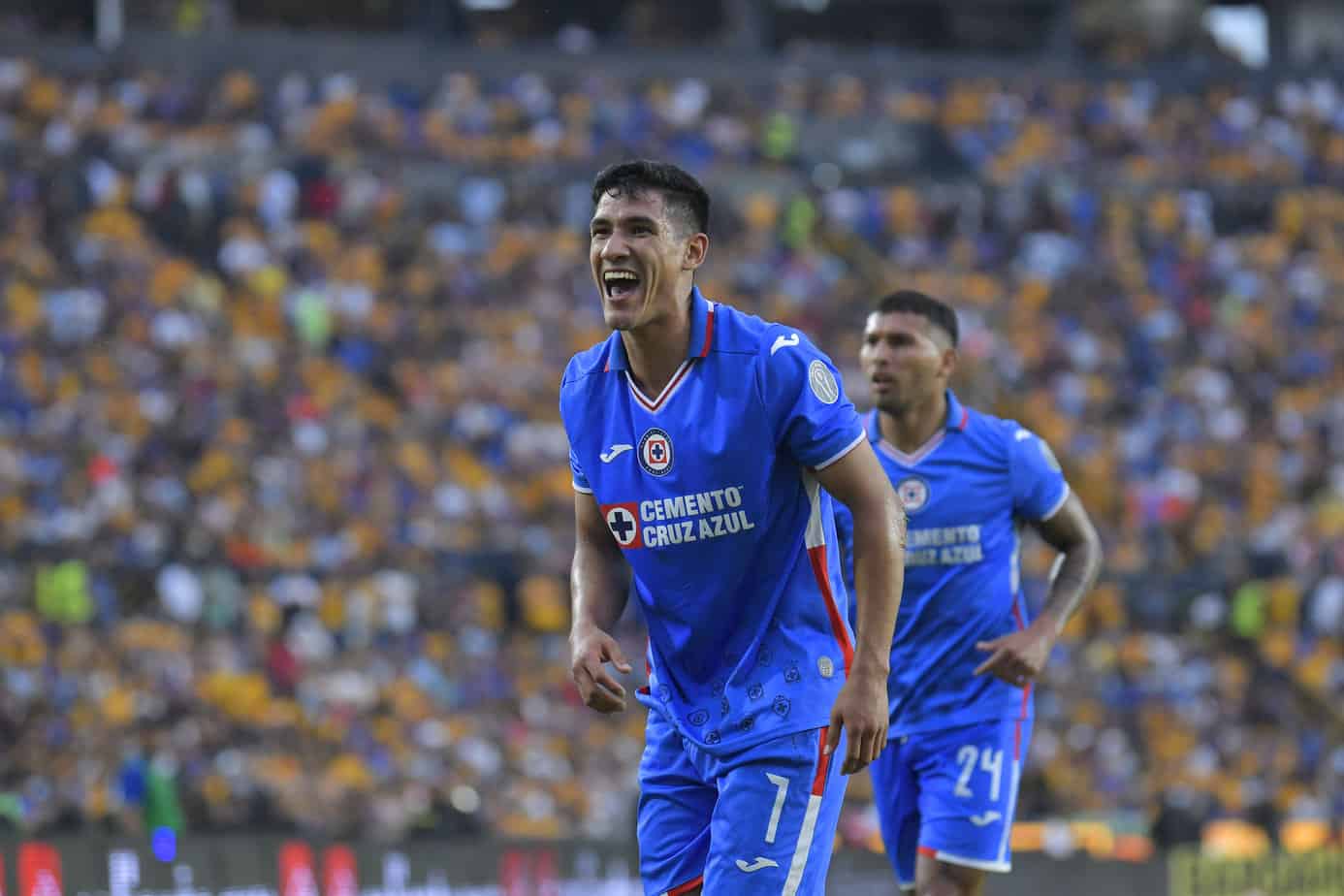 Soccer has been a game of amazing personalities right from the start.

In this game, we have witnessed some amazing players that come out of nowhere and leave us amazed.

In this article, we are gonna talk about one such personality from the Mexican football industry who has been spreading his magical touch among his fans all around the world.

He is one fine winger of the Mexico National Team, Uriel Antuna.

Let’s take a close look at Uriel’s soccer career right from the start and join him throughout his journey.

The Birth Of A Star

It was the 21st of August in 1997 when Uriel Antuna first cried. Born in Gomez Palacio, Durango, Mexico, his full name was Carlos Uriel Antuna Romero.

Antuna’s early childhood was quite simple, just like any other decent kid.

He was quite fascinated by sports, especially football, and decided that he would make his career into this. With that belief, Uriel learned soccer.

The Club Life of Uriel Antuna

After that, he got to join his first-ever youth academy, Santos Laguna.

After playing and learning new things in his game, Uriel got promoted by his first team manager, Jose Manuel de la Torre in 2017.

The same year, he made his professional debut in the Liga MX entering as a substitute against the Pumas Unam club.

Though the team lost that match by a scoreline of 2-1, Uriel’s entry into this life-changing game had been made, professionally.

Uriel’s transfer to Manchester City can be referred to as the moving period for this super amazing Mexican star.

When on July 12, 2017, Manchester City announced the signing of Uriel Antuna on a four-year contract, fans got a very interesting topic to talk about.

However, Uriel did not get to play any game for the Manchester City club. Because he was signed on a two-year loan deal by the Eredivisie club FC Groningen on the 9th of August the same year.

Uriel played a major part of his soccer career for the FC Groningen club.

For the team, he made a total of 39 appearances and scored 5 goals.

He made his debut for the team on 10 Sept 2017 as a substitute against the VVV-Venlo.

The match ended in a draw and Antuna remained quite silent during the match.

Antuna’s next stop was going to be the MLS side LA Galaxy that loaned him from Manchester City in 2019 for their annual session.

LA Galaxy proved to be another good team for this Mexican star as he made 31 appearances for it and scored 6 magnificent goals along with making 5 crucial assists.

Uriel Antuna’s first goal for the LA side came on 28 April when the team came head to head with Real Salt Lake and won the match 2-1.

After saying goodbye to the LA Galaxy side, Antuna joined the popular Mexican club Chivas which was famous for recruiting only Mexican players on their team.

Uriel’s career in Chivas has been decent. He made his most number of appearances for this team but also failed to score as many goals as expected.

In his most 62 appearances, he was able to score only 6 goals which affected his soccer career to some extent.

Due to reasons, Uriel Antuna left Club Chivas in 2022 and joined Cruz Azul, which is his current team. Till now, he has appeared in 33 games for the team and has scored 3 goals.

If you look at Antuna’s international career, you will find it more interesting than his club career.

His skills, temperament, and results, all can be seen through his international stats.

Uriel Antuna’s international career in football technically started in 2017 when he was called up to the under-20 team camp for the preparations for the CONCACAF U-20 Championship 2017.

He made a prominent entry into the team by scoring a hat trick against El Salvador in a stage classification match.

For his performance, he was included in the best XI of the tournament.

In 2017, Antuna also got to play in the U-20 Fifa World Cup. This has been one of the biggest achievements for Uriel to date.

In the world cup, he appeared in all 5 matches until Mexico was eliminated by England in the quarter-finals.

By the end of the year, Juan Carlos Osorio suggested the name of Uriel Antuna to the senior national team of Mexico for the friendly matches against Belgium and Poland.

Unfortunately, this emerging Mexican star didn’t get to appear in either of the matches.

Because of his performances in 2017, Antuna got included in the final roster that participated at the Toulon Tournament in 2018.

The tournament went quite well, both for Mexico and Uriel, as the team managed to play the final but unfortunately lost to England.

In 2019, Antuna was included in Gerardo Martino’s preliminary list for the CONCACAF Gold Cup.

In one of the friendly matches in the cup, Antuna made his debut on 5 June 2019 against Venezuela.

Though Uriel Antuna was not originally on the definite list for the Gold Cup, he was included after Gorge Sanchez got an injury in a friendly match.

This turned out to be the game-changing moment for Uriel.

In Mexico’s opening match in the Gold Cup against Cuba, Antuna scored a magnificent hat-trick along with a goal-scoring assist to help his team start their run with a victory.

In the game, Antuna scored his first goal in the 2nd minute of the game which is, to date, the fastest goal scored by any Mexican player in the Gold Cup. Uriel appeared in every single match in the tournament and helped Mexico lift the trophy.

After the unforgettable year of 2019, Antuna entered 2020 with the same intensity.

That year, he participated in the CONCACAF Olympic Qualifying Championship and scored 3 goals in his 5 appearances, helping Mexico win the competition.

Later on, he was called up to participate in the Summer Olympics where he managed to win the Bronze medal with the Olympic team.

Although the career of Uriel Antuna may not look so fancy and exciting, there is so much to adore.

Antuna’s soccer career hasn’t been very magical but he has definitely made it memorable.

His fast pace and sheer acceleration have been a tough challenge for most of his opponents.

This also came to the scene when he was recorded as one of the fastest footballers in the world during a match in 2020.

With such great potential and amazing agility, Antuna can go a long way if he continues to work hard and in the right direction. He is surely a gem to Mexican football and there’s no doubt about that.