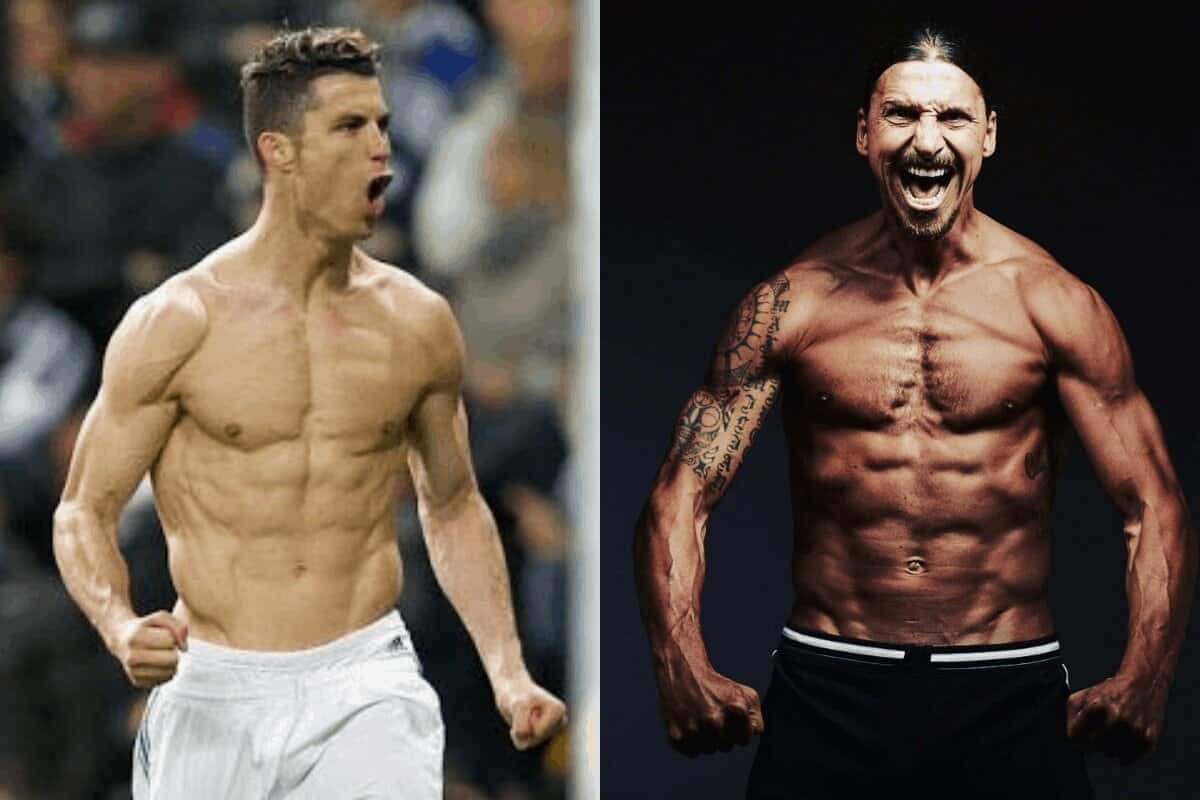 Football is a game that requires great stamina, agility, and a good amount of strength.

However, it’s not only about physical abilities and muscle power but these components contribute a lot to the success of any football player.

In some cases, this beneficial ability comes to a player by his birth while some players get stunning muscle power and strength by doing a great amount of hard work and training.

In this article, we will get to know the top 7 strongest footballers in 2021, modern football.

Some of the players on the list are all-time legends while some are working really hard to make their name in the business.

Please note that there is no particular order in which the soccer stars are arranged, it’s just based on our research so we request you to not mind if your favorite player misses out on the list or does not rank a good position.

Micah Richards is an English footballer who played for some well-known teams like Manchester City and Aston Villa as a dependable right back in the Premier League and English Football League.

Currently, he is currently the club ambassador of Manchester City and has surely made his name with his undeniable strength and muscle power.

However, his soccer career did not turn out to be as good as we all had expected but still the 5’11 feet giant makes his way through our list.

Zlatan Ibrahimovic comes into our thoughts when it comes to the strongest and fittest football players in the world.

He is surely one of the best and the most skilled soccer stars in the world and has a huge fan following around the globe.

Zlatan is aged over 30 but still maintains a body structure like a 26 years old star.

The Swedish star plays as a primary striker for the Serie-A club AC Milan and his national team.

Along with a physically fit body, Zlatan has a firm determination towards the game and a never-say-die attitude which have surely helped him score more than 580 goals and win 31 precious football titles.

Zlatan proved to everybody that he is super fit not only physically but mentally also by defeating the COVID-19 in only a week after he was tested positive.

The Swedish star made a fierce comeback by scoring two goals in the Milan derby in his first game after the successful recovery from the COVID-19.

Romelu Lukaku is a Belgian soccer star who has played for the top teams like Manchester United and Everton as a strong, muscled, and dependable striker.

However, Lukaku did not have as enjoyable a career as he had expected but still, he made a strong comeback playing for Everton in the Premier League.

The powerful Belgian giant has clear understandings to beat his opposition defenders with his fast speed and sharp dribbles.

He was surely at the peak of his form in the Italian Serie A and is able to make his name on our list.

Danny Shittu is one of the strongest footballers ever played for England and owns a terrifying physique.

Currently, he is not having his best time but when at his peak, he was one of the top defensive players in the world.

The tall and muscular giant is living proof that size and muscle power also matters in this game of technique, skills, and agility.

Cristiano Ronaldo is an extremely talented football icon who is substantially growing all because of his talent and skills.

The star Portuguese player is one of the fittest personalities in the industry and surely becomes a nightmare for the opposition defenders when in form.

Ronaldo has a long and appreciable career with the top team Real Madrid and is now playing for Juventus as a primary striker and has surely proved himself as one of the strongest players in the League.

Along with having great agility and speed, Ronaldo owns a perfectly shaped and muscular body that terrifies the opponents when he is with the ball.

Adama Traore is another giant with a terrifying physique and muscular power.

He is surely the most powerful player in the Premier League currently and is a nightmare for the opponents when in form.

The Spanish monster measures 5’9 and has got super fast speed and strength that makes him worthy to be the top guy in the business.

Adebayo Akinfenwa is the name of a monster that rules the lower English Leagues with his brutal power and inevitable speed.

The top-class English player has humiliated a number of defenders with his sheer pace, undying stamina, and brute muscle power.

He is the strongest footballer on our list and is surely worth getting everything he has.