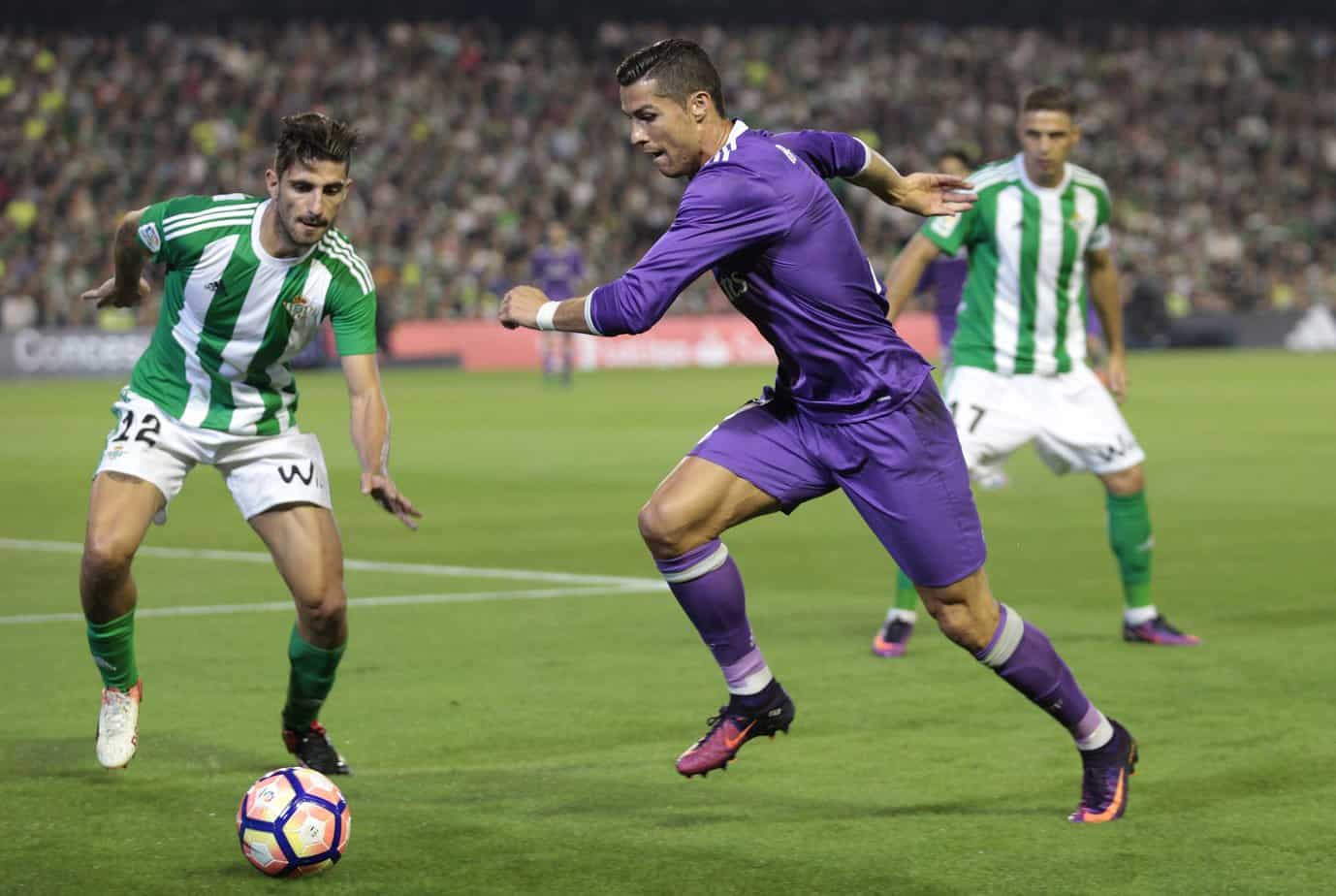 Football is a game that requires great agility, determination, speed, and a never-say-die attitude.

We have seen some amazing and nail-biting performances all because of the hard work and training of the players in their training sessions and gym.

When it comes to speed, players have shown that they can be untouchable by the opposition defenders by accelerating at a super-fast speed.

Every team is looking for a high-paced counter-attack and quick press to stun the opposition.

A team that has players who can defeat the opposition defense with their super fast speed can be a great asset for the team.

In this article, we have mentioned the top 10 fastest players in the sports who can turn the whole game around with their blistering pace and quick acceleration when they are at their best.

We may miss out on some of your favorite players and we really apologize but want to make it clear that the players listed on the list are gathered through our research team.

We are starting our list with the name of former Manchester City player Leroy Sane who has been among the fastest guys out there in the team.

Sane possesses a number of qualities and his skill to run super fast comes right at the top. He can beat almost every member of his team while dribbling or marking another player.

Though Leroy didn’t have an enjoyable season in the previous league due to his ACL injury, he is expected to perform to his level this season with his new team Bayern Munich.

The German star can run at a constant speed of over 35 Km/hrs as he has been constantly showing in the Premier Leagues and the previous year Bundesliga and can surely be a game-changing asset to the team.

Next, we are listing the Manchester City primary wing-back Kyle Walker which is a runaway match-winner for his team with his supreme pace and agility.

Walker has made a top speed run at 35.24 Km/hr and can constantly run over a speed of over 35 Km/hrs which makes him a deadly asset for the team.

Playing as a right-flanker, he has created many chances for his team and when required, he also served as a dependable ball-playing wing-back.

Karim Bellarabi is a winger of the club Bayer Leverkusen that creates a great impact on the results of the team.

Aging over 30 years, the super paced player can make quick runs and plays for the strikers making fair chances to score goals.

Bellarabi is not only known for his unmatchable speed but for his great intelligent skill of playing inter-plays also.

Bellarabi provides flexibility to his team as he can play as a very good midfielder as well as a wing-back when it comes to defending the scoreboard.

Bellarabi has attained a maximum speed of 35.38 Km/hrs and can constantly run at a fair speed of 34 Km/hrs that makes him a great asset for the team.

Aubameyang is a name that is quite famous in the football industry.

The cheetah-like footballer is a former Dortmund player and is playing for Arsenal currently.

Aubameyang is well-equipped with some extremely well techniques and one major among them is his ability to beat his markers most of the time when he is with or without the ball.

Being a striker, it’s like a gem to have that kind of speed and Aubameyang has surely used most of it.

The Gabon star can run at a constant speed of 35 Km/hrs and has attained a maximum speed of 35.55 Km/hrs that makes him a bad nightmare for the opposition defenders.

Inaki Williams has been a crucial part of the La Liga club, Athletic Bilbao, for many years.

He has proved to be the fastest player in the La Liga season with attaining an outstanding speed of 35.72 Km/hrs.

Inaki has created so many chances and plays while playing the role of an attacking midfielder for his team.

Erling Haaland is a key player for the Dortmund side and has been a great asset for the team.

The Spaniard has showcased the stamina and agility he has for so many times and puts a significant effect in the game with or without the ball.

His impact on the team has increased by the time when Aritz Aduriz announced his retirement from football.

Haaland has performed significantly well in the last season with scoring 44 goals in 40 matches.

The Norwegian striker has surprised everyone with his supreme speed and fast-paced runs.

He has been named “terminator” by his fans and surely worth it.

Haaland has proved himself as a high-skilled athletic striker and can run at a speed of 34-35 Km/hr and has attained a maximum speed of 36.04 Km/hr making him a deadly asset for the team.

Mbappe is a world-class athlete who has been constantly showcasing his talent for years.

He is a key asset for the top class team PSG and has contributed greatly to the success of his team.

He plays as a winger and striker for his team and has made infinite great plays and runs for his team with his fast-paced speed.

Mbappe can run at an amazing speed of 35 Km/hrs and has attained a maximum speed of 36.08 Km/hr.

With his cheetah-like speed; he is an inevitable nightmare for the opposition defenders.

Adama Traore is one of the fittest players in the Premier League and has surely been a nightmare for the opposition.

The world-class winger possesses imaginary speed and can beat every player marking him.

Traore had a wonderful season in the Premier League last season and has beaten many defenders with his ultimate pace.

Achraf Hakimi has been a gem for the Serie A club Inter Milan where he plays as a full-back.

The Moroccan right-wing has been a clear obstruction for the opposition strikers.

He also plays as a right-winger can create great plays and runs for his team.

Alphonso Davies ranks top on our list is the fastest soccer player according to our research.

The Canadian plays as a right-winger for Bayern and has contributed greatly to the team’s success.

He has got a magical pace which can be an inevitable nightmare for the opponents.

He is especially known for his quick and stunning counter plays and makes a goal-scoring opportunity before the opposition defenders realize something is happening.

He has attained a maximum speed of 36.51 Km/hr which is the fastest by any soccer player and can run at an average speed of 34-35 Km/hr which makes it very difficult for the defenders to mark him.

Ronaldo is known as the GOAT in football for the talent and skills that he has shown over the past years.

Among the fastest players in soccer history, we have the Portuguese legend, Cristiano Ronaldo on top of it. In the FIFA world cup 2018, we saw Ronaldo running at a speed of over 40 Km/hr in a counterattack.

He covered the whole ground(from the opponents’ box to his own team’s box) in just a few seconds.

Ronaldo usually runs at a speed of 35-37 Km/hr and is a nightmare for the opponents when in form.