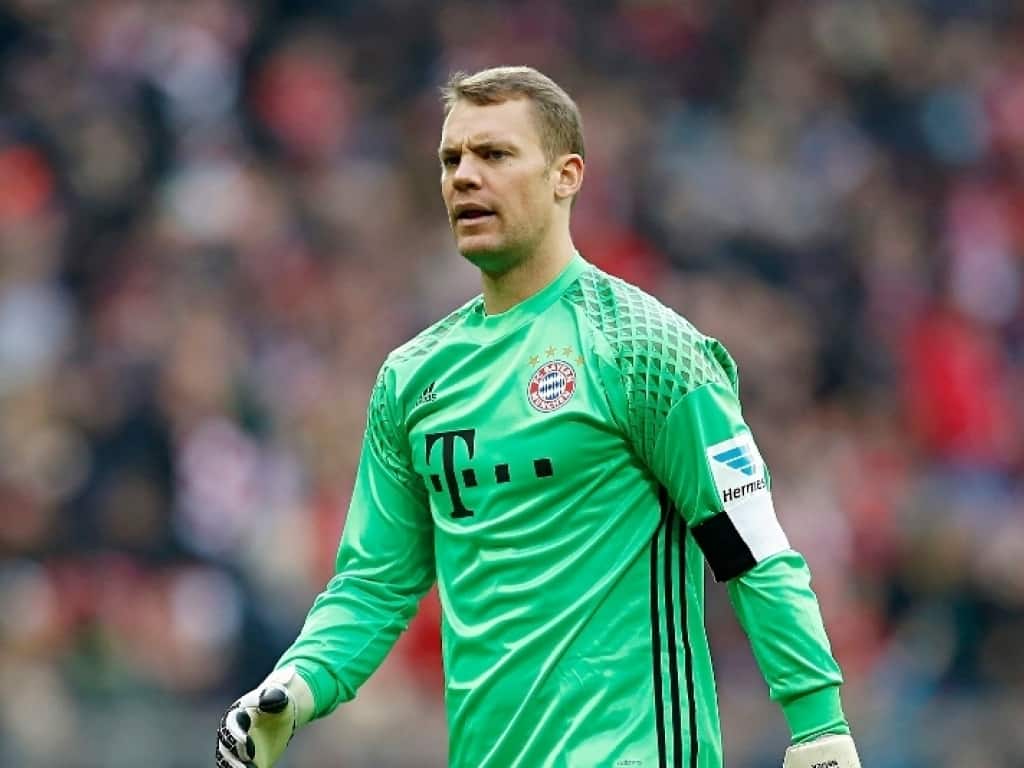 We talk a lot about the best strikers, the best midfielders, and the best players with the most goals or trophies.

But in all this, we forget about the matchmakers of the game, the goalkeepers.

Goalkeepers are the ones who put their bodies on the line to save some of the strongest strikes made by players.

Without a good goalkeeper, it becomes quite hard for a team to win a single game.

In this article, we have mentioned the top 11 goalkeepers of all time that have shown us cat-like reflexes to save the game.

David de Gea comes at the 11th number on our list of the top 11 goalkeepers of all time.

From a very young age, Gea showed his supreme skills to the scouts of football teams and at first, he was picked by the team of Atletico Madrid.

He won the UEFA Europa League and the UEFA Super Cup with the team of Atletico Madrid in 2010.

By that time, he was considered as one of the best goalkeepers the teams ever had.

He moved to Manchester United in 2011 and is still playing for the team.

He has been the wall of Manchester United in the matches, being the first-choice goalkeeper for the team.

Edwin Van Der Sar is a professional former Dutch footballer, he plays as a goalkeeper.

Edwin is a Dutch football executive and currently the chief executive of AFC Ajax.

His professional gaming career started with ajax where he won the first competition UEFA champions league in 1995.

There he played his first year for Fulham and second with Manchester united.

He won his second competition here and with this winning, he became the world’s eighth player who had won the competition while playing with two clubs.

Petr Cech is a former professional Czech football player, he plays as a goalkeeper for his team.

Petr Cech is also a technical and performance advisor of English club Chelsea.

He is a multi-game player, he also plays semi-professional ice hockey for Guildford Phoenix.

He is widely described as one of the greatest goalkeepers of the world.

He earns numerous awards and titles as the world’s best goalkeeper of all time.

In 2005 he was named by IFFHS as the world’s best goalkeeper.

Neuer is a professional German footballer and the best goalkeeper of his time.

He plays as a goalkeeper in his team Bundesliga club Bayern Munich and the national German football team.

Manuel Neuer also captains both teams. He was regarded as the greatest goalkeeper in the history of the sport.

Neuer is the best goalkeeper of his time and he was described as a sweeper-keeper, this is because of his gaming style and his speed while rushing off the line to anticipate the opponent.

Gordon Banks was one of the greatest goalkeepers in the history of the sport.

He was a professional English football player, playing as a goalkeeper.

Gordon won a total of 73 caps for his country.

His professional gaming career is of about 20 years and in these years he made about 679 appearances.

In his gaming career he played with many teams, in March 1953 he joined Chesterfield, and playing a few years with them.

He was sold out to Leicester City in July 1959.

He won many awards and titles there and after a few years again he was dropped by the team and sold out to stoke city in April 1967.

Dino Zoff, full name “Dino Zoff Grande Ufficiale” is a former professional Italian footballer, he played as a goalkeeper in his team and is also considered to be the greatest goalkeeper of the sport.

He earned the title of the oldest player to win the world cup, while he won the world cup under his captains at the age of 40 years 4 months, and 13 days.

He earned the title of the best goalkeeper of the tournament. Dino Zoff has two clean sheets.

He won many awards and honors when he won the 1968 European championship he also received an honor that time.

He is the only Italian football player who won the world cup and the European Championship both and is regarded as one of the greatest goalkeepers of all time.

Oliver Kahn’s full name is Oliver Rolf Kahn. He was the most successful and one of the greatest goalkeepers in the history of the sport.

Oliver Kahn was considered the most successful German player.

He has won many titles and awards like in 1996 he won the UEFA cup, in 2001 he achieved two great titles, the UEFA champion league, and the intercontinental cup.

Oliver had earned eight Bundesliga titles, six DFB pokals. At the FIFA world cup 2002, Oliver Kahn was the only goalkeeper who had won the golden ball.

His full name is Peter Bolesław Schmeichel. Peter Schmeichel is described as the best goalkeeper in the sport’s history.

Peter is a former professional football goalkeeper of Danish.

Peter Schmeichel is widely regarded as the greatest goalkeeper of the sport.

He played his most years at the English club Manchester United and these years proved to be the most successful in his career, Peter became very famous after this successful year of his gaming career.

He won many leagues and trophies, in 1999 he won the UEFA champions league Final under his captainship.

In 1992 he also won the UEFA euro while playing with his country Denmark.

Gianluigi Buffon, the most famous and great goalkeeper all around the world.

Buffon is a professional Italian football player who plays as a goalkeeper for his team and he also captains the series B club parma.

He is regarded as the greatest goalkeeper.

Buffon has named many records like Gianluigi Buffon is one among those great footballers who have made about 1100 professional career appearances.

After reaching the 2003 UEFA champions league final, he won the UEFA club footballer of the year, and after winning this award he became the first goalkeeper of the sport to win this.

Lev’s full name is Lev Ivanovich Yashin, he was famous as a black spider.

He was a professional soviet footballer, he played as a goalkeeper for his team.

Lev Yashin was regarded as the greatest goalkeeper in the history of the world.

He was also the deputy chairman of the football federation of the union of Soviets.

He is among the best goalkeepers in the world, he was famous because of his acrobatic reflex saves and imposing presence in goal.

His athleticism, positioning, and stature are outstanding and also very liked by people.

Casillas’ full name is Iker Casillas Fernández, he was a professional Spanish footballer, Casillas played as a goalkeeper for his team, now he is retired but still, Iker Casillas is widely considered as the greatest goalkeeper of his time in the history of the sport.

Casillas is mostly known because of his quick reaction, athleticism, and outstanding shot-stopping ability.

He played for the Spanish national football team but most of the time from his gaming career had been spent while playing for Real Madrid and here he wrote his name in the list of the world’s few players who had achieved over 1000 professional career matches.

Casillas also holds the record of the player having the cleanest sheets in the UEFA championship leagues.

Here are the top 11 goalkeepers that have made it quite hard for the strikers to put the ball into the nets.