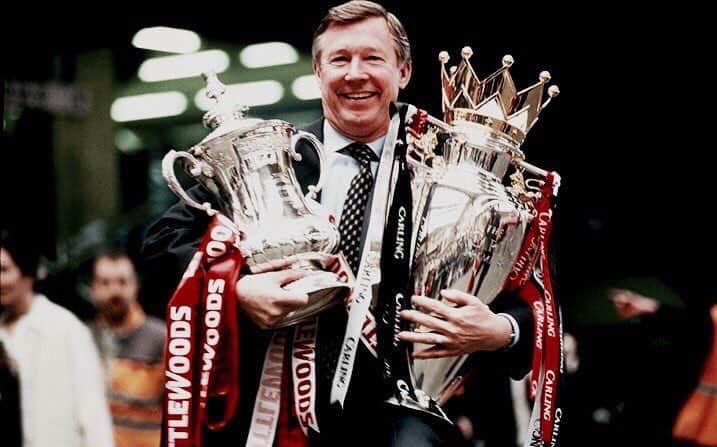 Football managers are called the creators of the game.

They have the power to bring the best out of an average player and make him a legendary star.

We have seen this so many times whether we talk about Neymar, Messi, or Ronaldo.

But there is another thing that footballer managers love besides nurturing their players.

It is the trophies for which they build up their best lineup to compete against the best.

In this article, we will be talking about the top 10 football managers who have lifted the winners’ cup of tournaments for the most number of times.

We have arranged the list in descending order with the 1st football manager with the most trophies.

Arsene Wenger is the name of a legendary French footballer manager who has contributed to the success of the Arsenal team more than anyone.

The football world considers him among the best football managers of Arsenal.

Wenger has managed several football clubs that include Monaco, Nagoya Grampus, and Arsenal.

Arsene enjoyed the major part of his managerial career with the Arsenal team. With Arsenal, he won 17 titles with the club.

Because of his magical managerial skills, he was called THE PROFESSOR by the English as well as French media.

In his overall managerial career, Arsene has won a total of 21 trophies.

Giovanni comes among the only few players who have coached all three Italian giants.

Trapattoni won 23 magnificent trophies during his managerial career with his excellent tactics and strategies.

Giovanni spent the major part of his managerial career with the team Juventus where he won several trophies with the team.

With the team, he won almost every single title barring the Supercoppa Italians.

In his managerial career, Trapattoni lifted the Serie A title 6 times, the European Cup, UEFA Cup, and the UEFA Cup Winners Cup.

Jose Mourinho is a Portuguese football manager who makes his way at the 8th rank on our list of the top 10 footballers with the most trophies.

Mourinho has won a total of 25 trophies in his managerial career.

Mourinho was first a school teacher but he left the job to start his managerial career with the Porto team in 2002.

Jose Mourinho is among the only football managers who have managed teams like Inter Milan, Real Madrid, Manchester United, and Chelsea in their careers.

The magical football manager is now with the team of Roma.

Starting his managerial career in Switzerland, Ottmar worked with different teams to win many trophies.

The major part of his career was in the German Bundesliga where he won several trophies.

Working with well-known teams like Borussia Dortmund and Bayern Munich, Ottmar lifted the champion’s cup 25 times in his career.

Luiz Felipe comes among the best football managers in the whole world because of his extremely effective strategies and game awareness.

Felipe is a Brazilian football manager who managed national teams like Brazil and Portugal in the FIFA world cups.

With Brazil, the Brazilian lifted the FIFA world cup trophy in 2002, after which he moved with the Portugal side.

Felipe has lifted a total of 26 trophies in his career till now and is with the team Gremio.

He would surely be looking forward to achieving another milestone with his supreme team.

Jock Stein has made a prominent name in the Scottish football sphere with his supreme managerial skills.

Spending most of his managerial career with Celtic, Stein won all the 26 trophies with the team.

Later on, Jock Stein also worked with other clubs like Leeds United and the Scotland national team.

Valery Lobanovskyi belongs to the land of Ukraine and is considered among the best managers football ever had.

In our list of the top 10 footballer managers with the most trophies, Valery makes his name at the 4th place after lifting 29 trophies.

The world calls him the progenitor of the false 9 positions and the style of total football.

Lobanovskyi has lifted the UEFA Cup Winners Cup twice and the UEFA Super Cup once in his managerial career.

In his long career, he only managed the team of Dynamo Kyiv where he won 13 domestic titles.

Pep Guardiola is the 3rd highest trophy holder manager in the history of world football with lifting 31 trophies.

The 50-years magician has managed high-profile teams like FC Barcelona, Bayern Munich, and Manchester United and has won the silverware with each of the clubs.

The second highest trophy holder football manager in the world, Mircea Lucescu! In his long and exciting managerial career, Lucescu has lifted a total of 37 trophies.

The Romanian has left a prominent mark on the pages of football history with his great tactics and strategies.

Currently managing the team of FC Dynamo Kyiv, he would surely be looking to add some more trophies to his wardrobe.

Sir Alex Ferguson is currently the highest trophy holder as a football manager in the world.

His contribution to the success of Manchester United is still an inspiration for many other football managers in the world.

Holding a total of 49 trophies in his long managerial career, Sir Ferguson won 38 trophies with the Manchester United team alone.

Another team that will always be grateful to Sir Ferguson is the team of Aberdeen where Alex contributed for five seasons. In these five seasons, Aberdeen won 10 titles, which was a great milestone for the team.

His record of lifting the winner’s trophy for 49 seems to be unbreakable unless football managers like Guardiola and Lucescu have a very long managerial career.

Football managers are considered the creators of teams. Not only because they have the power to take a team to new heights as well to make it even worse.

Managers are known for their unpredictable strategies and tactics that help their team win matches and tournaments competing against some of the best teams around.

In this article, we have listed the top 10 football managers with the most trophies. These football managers have proven to the world that they have that winning strategy with them that can bring the best out of teams even if they are average.