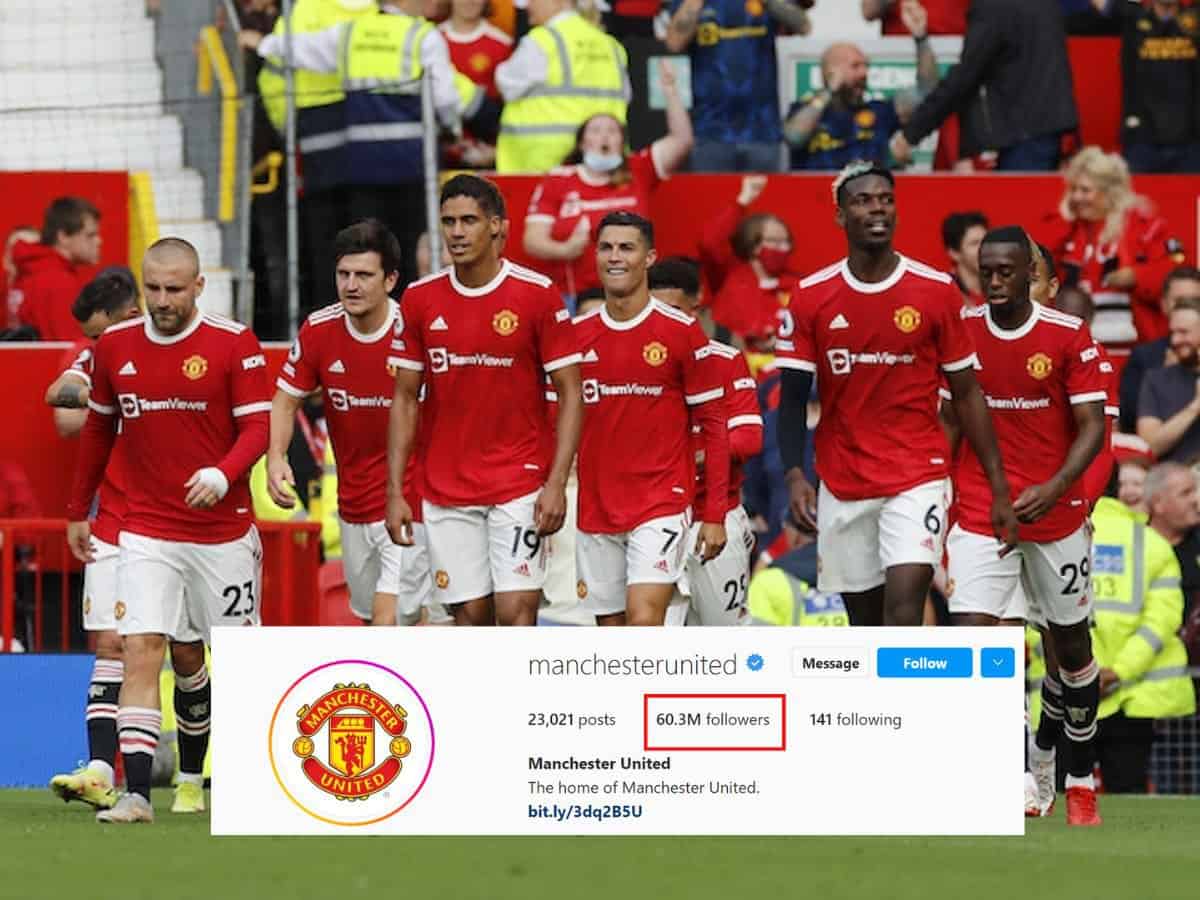 There is a specific reason behind creating this article of the top 10 football clubs with the most Instagram followers in 2022.

What is that? Well! Instagram has been a centralized hub for fans to get important updates about their favorite players and clubs.

Also, it has been one of the best marketing ways for clubs and teams to generate greater revenue.

Having more Instagram followers simply reflects how strong the fan base of the club is.

In the article, we have listed the top 10 clubs in this world that have the largest fan base among all.

Starting from rank 10 we will go to rank 1 that has the most number of followers on such a big social media platform as Instagram.

Making its name at the 10th rank on our list of the top 10 football clubs with the most Instagram followers, Arsenal has 22.8 million original fans around the world.

It is a well-reputed football club based in Islington, London, England.

The team of Arsenal has been competing in the Premier League for decades and is considered among the toughest competitors of the league.

When you visit the official profile page of Arsenal, you see different highlights created for different players playing for the game.

This reflects that the team is strongly focusing on its players whether it is on the ground or off the ground.

On the 9th rank on our list of the top 10 football clubs with most Instagram followers, FC Bayern makes its way.

Bayern Munich is the first German club in our list of the top 10 most followed clubs on Instagram with over 34 million followers.

The club competes in some of the best leagues in the world that include the Premier League and the UEFA champions league.

Bayern Munich is the best football club in the history of German football till now with 31 national titles.

It is also an English football club that has made its reputation well on and off the ground.

Manchester City also keeps itself among the best teams around the globe with its great performance.

The club was started in the year 1880 as the name of St. Mark and was renamed Manchester City in 1894. The club has lifted 22 trophies in the past 25 years.

On Instagram, the club has a strong and honest fan base of 34.3 million people.

Chelsea has been one of the best teams we have seen in Premier League history.

It is the third English football club on our list with more than 35.6 million followers on Instagram.

Chelsea has given us some of the best players in the world like Hazard, Kante, Lampard, and Drogba.

When we took a glance at the official page of Chelsea on Instagram, we found them quite active.

It keeps posting about its players and their match snippets.

With having almost a strong 40.3 million fan base, Liverpool FC makes its way at the 6th rank in our list.

Liverpool is also an English football club that competes in some of the best tournaments around the globe such as the UEFA Championship, Premier League, and La Liga Santander.

On its official Instagram page, Liverpool keeps posting some interesting things about their players and the match snippets.

By giving us iconic players such as Steven Gerrard, Ian Rush, and Mohammad Salah, it is surely one of the best among all.

Juventus was, however, in the top 3 clubs with the most Instagram followers in the year 2020.

The fan base of the team has considerably declined because of the transfer of Cristiano Ronaldo to Manchester United.

On our list of the most followed football clubs on Instagram, Juventus is the first Italian club with more than 54.8 million followers currently.

Paris Saint Germain has been a very strong team right from the start of its journey.

PSG competes in the top-rated championships and leagues on an international level that includes UEFA Champions League and Ligue 1.

When we checked the official page of the club on Instagram, we found it quite active. It regularly posts great content and posts about its team, players, and match moments.

On the 3rd rank on our list of the top 10 football clubs with most Instagram followers, Manchester United appears.

The English team is one of the best in the world with its supreme performance.

In 2021, with the presence of some of the best talents in the world such as Cavani, Cristiano Ronaldo, and Pogba, the team has gained a considerable amount of popularity recently.

With over 60.3 million followers on Instagram, the team looks stunning with its regular posts and videos.

In the current Premier League, Manchester United has managed to keep itself in the top 3 on the points table.

Surely the most decorated team in the history of football, Barcelona is the second-highest followed football club on Instagram.

They are just behind their heat rivals, Real Madrid. FC Barcelona is a Spanish football club that includes some of the best players around the globe.

You can find some great players in the team such as Gerard Pique, Samuel Umtiti, Jordi Alba, and Ansu Fati.

Also, Barca has given us the legend of the football industry, Leo Messi.

The club keeps it quite active on social media with regular posts and announcements on Instagram.

Yes, the Spanish Giants are the most followed football club on Instagram.

With more than 124 million honest fans, Real Madrid has been ruling social media over the years.

We have seen so many legendary players in the team that include the current youth icon Cristiano Ronaldo, Marcelo, Gareth Bale, Eden Hazard, and Karim Benzema.

The team is currently focusing on creating the next generation team by taking part in so many transfers.

Fans are showing support to their favorite teams not only in the stadiums but on social media platforms also.

In this article, we have covered the top 10 football clubs with the most Instagram followers.

These teams are growing their fan base daily by uploading great content for their fans.

In the future, we might expect some unexpected change in these stats if some major transfers take place.