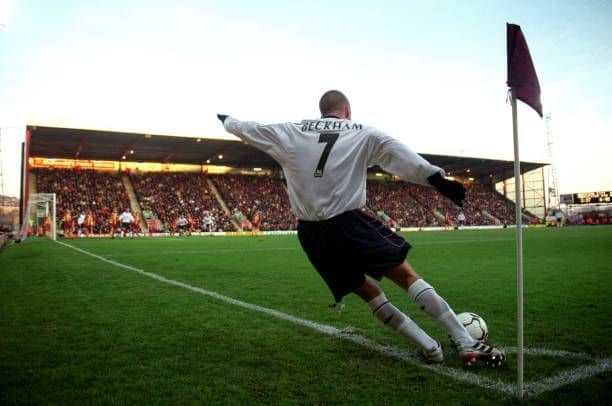 Corner kicks are as famous in football as coffee for office workers.

A complete delight! Corner Kicks are one of the toughest skills in football and it requires firm determination and training to put that ball into the nets from the corner.

But when they are hard to execute, they are pleasant as well.

In this article, we have come up with the top 10 corner kick goals in football history that shook the world.

We have arranged the article in the increasing order so the enthusiasm keeps increasing.

Starting our list, we have Theerathon Bunmathan’s amazing corner kick goal that just amazed the world.

The young Thai defender scored a direct goal from the corner in the AFC Champions League against the team of Gamba Osaka.

He took a firm shot at the corner and it curled down into the top of the right corner where the goalkeeper had no chance.

Therrathom is a Thai footballer who plays left-back for the team of Buriram United.

Bunmathan is a set piece and he has proven his specialties multiple times.

This super-exciting Olympic goal of Bunmathan surely has to be on our top 10 corner kick goals in the football list.

On number 9, we have the unbelievable goal of Jun Suzuki who just shook that world with his stunning direct goal right from the corner post.

Suzuki took the responsibility to give a good lead to his team and he did so with this stunning corner kick right from the post. This wonderful goal came in the J-League where Suzuki was playing for Avispa Fukuoka.

Jun Suzuki is a Japanese player who is one of the primary midfielders for the Avispa Fukuoka club.

Corner kicks are always a treat to watch and the pleasure increases they come as a mystery.

One such pleasurable goal came from the fast foot of David Beckham where he scored a direct goal against the team of Chicago Fire.

The ball fell mysteriously in the 30-yard box and went in the goal post giving the goalkeeper no chance to catch the ball.
David Beckham is a popular Englishman who has made his name with his supreme midfield skills.

Beckham has played for some of the top clubs that includes the Spanish Giants, Real Madrid.

Next on the list, we have the supernatural goal of Lucian Sanmartean who flicked the ball from the corner post right into the top corner of the net.

This fantastic goal came when Lucian was playing from the team of Steaua Bucharest against Gaz Metan Madias in the Liga i, 2014.

Lucian took a perfect right-footed shot that flew all over the defense and went straight onto the top left corner of the goal post, giving Bucharest an unbeatable lead.

This surely has to be on our list of the top 10 corner kick goals in football.

On the sixth number of our list, we have this picture-perfect corner kick goal of Michael Bradley that came against Panama.

The goal was so perfect that it seemed to be an inhuman action, but it was real!

He is a brilliant midfielder and has proven it so many times.

So now we have come up to the top 5s. On the 5th number, we got this amazing direct goal from Alvaro Recoba from the corner post that just amazed me.

Alvara was playing from this team of Nacional where he took the responsibility to convert the set-piece into a magnificent goal.

We have put this goal ahead of Michael Bradley just for one reason. It is more fun to watch.

Just before the top 3, we have Ronaldinho’s unbelievable right-footer corner kick that cleared out the whole defense.

Ronaldinho was playing from the team of Flamengo where he stepped up to take the responsibility to convert the corner set-piece.

Ronaldinho made a curling cross right from the corner post that was inevitable for the opponent’s defense.

It was just another day where the legend Ronaldinho showed his class.

And here is the third greatest corner kick goal football fans have ever seen. It was the day when Thierry Henry just ripped apart the defense of Columbus Crew with his stunning corner kick.

The ball curled and was off the post, but it was the woodwork that made everyone believe that Thierry Henry is a magician.

Thierry Henry is a well-known French footballer who was one of the greatest strikers of all time.

Roberto Carlos is a great soccer player who has made his mark with his supreme talent and kicks.

One of the greatest kicks he has ever made includes this amazing corner kick goal that came against the team of Portuguesa.

Roberto dribbled a bit on the corner post and took a left-footed kick that just went into the net, avoiding everyone in the box.

So, the greatest corner kick goal ever? Here it is! It came off Alvaro Recoba’s foot that just amazed everyone.

Alvaro took a left-footed corner that went straight into the nets giving no chance to the opposition defense.

It must be on our list of the top 10 corner kick goals in football that we have witnessed till now.

So, these were the top 10 corner kick goals in football that we have enjoyed watching till now.

There is no certain ranking of these goals as they are completely based on our research.

We have just tried to rank these goals on the basis of the difficulty that players found to put the ball
into the nets.

If you think we have missed any of your favorite soccer stars’ goals in this article, do let us know
in the comments.