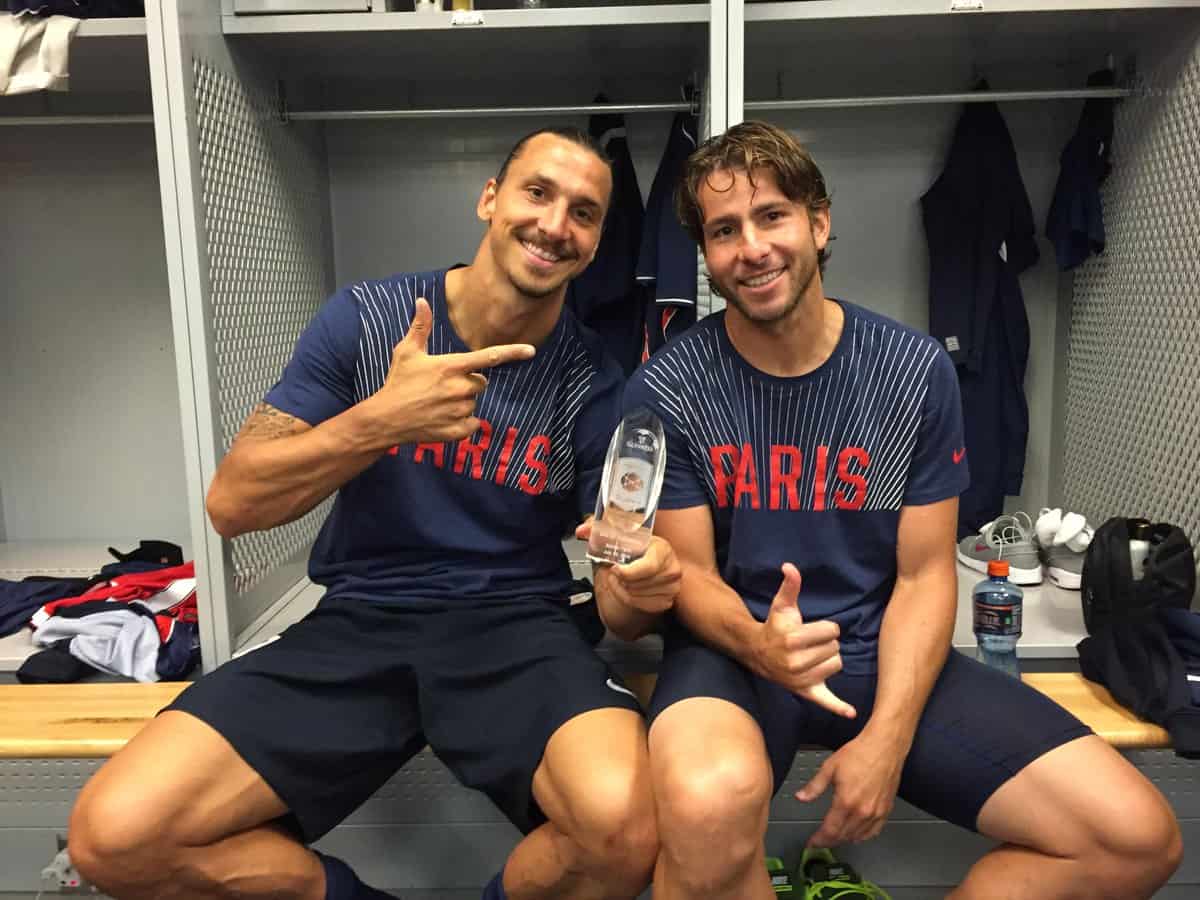 Football has been a game of technique and coordination right from its start.

Players need to trust one another’s ability to pass them or assist them with a scoring opportunity.

No team has won any sport in the world without good coordination and friendship among the players.

That coordination of trust is also called friendship if it happens off the pitch.

We have been watching players make unbreakable bonds with each other that help them enhance their performance as well.

In football, we have witnessed many pairs of soccer stars that have given us moments of friendship to remember.

In this article, we will be celebrating the friendship of all those players.

We have listed the top 10 best pairs, best friends in football history that have defined friendship to us.

The list does not follow any certain order and the pairs are just arranged in a causal order.

David Alaba and Franck Ribery first met in 2008 while they were playing for the Bayern Club.

The two fantastic sportsmen then joined hands that haven’t broken till now, and we wish so.

Both Alaba and Ribery have amazed the world with their dynamic duo combination several times.

Currently playing for Bayern Munich, these two are the most destructive duo for the team.

The bond of friendship even increased when Ribery got the honor to give the Austrian sportsman of the year award to his best friend Alaba.

Olivier Giroud and Laurent Koscielny have been best friends since 2012 when Giroud joined the Arsenal campaign.

As Giroud says, Laurent was the only person that was with him all the time when he felt alone and alienated.

Though both the players have signed off with different teams, Giroud joining the team of Chelsea and Koscielny joining Bordeaux, the two still are best friends.

The duo has been spotted at different places together celebrating different occasions.

When it comes to the list of the best friends in football, it becomes very difficult to keep the destructive duo of Zlatan Ibrahimovic and Maxwell out of the list.

It has been more than a decade since Zlatan and Maxwell were friends and the friendship is still exciting and young.

Both the players have played in the same team after their friendship, first for Inter Milan, Barcelona, and then Paris Saint Germain.

In the autobiography of Zlatan Ibrahimovic, I am Zlatan, the god fine striker has mentioned his best friend Maxwell and their friendship a number of times.

Mousa Dembele and Jan Vertonghen have one of the oldest friendships in football history.

These two great players have been friends since they were 10 and the friendship still goes on.

After being separated by different clubs, the duo finally came together when Dembele moved to Tottenham Hotspur after signing off with Fulham in 2012.

After several interviews and studies, we have been able to find out the unbreakable friendship between the legendary Leo Messi and the former wall of Barcelona, its goalkeeper Jose Manual Pinto.

Rumors were also spread that Messi wanted the Catalans side to offer a deal to Jose Manual Pinto before signing on with the team.

Messi joined Paris Saint Germain in 2021 and we have heard that the fine goalkeeper is also looking to sign a deal with the club.

Gerard Pique and Cesc Fabregas have been quite good friends since their academic training at the Barcelona academy.

We have heard that Gerard had almost joined Fabregas in the Arsenal team but then moved to Manchester United for some reason.

Later on, they joined hands with Barcelona and even lifted a trophy with the club before Fabregas moved to Chelsea.

Both are fine players and are super talented at their positions.

Being from the same country and are also the world champions with the national team of Spain.

Sergio Ramos is currently captaining the Real Madrid team of which Mesut Ozil was a vital part.

The friendship between these two amazing soccer stars is not hidden to one.

The friendship level of both the athletes is quite impressive as they keep talking about each other and their friendship moments, both on and off the ground.

Though both players play for different teams now, their friendship bond is still strong enough to make everyone jealous.

The friendship of Paul Pogba and Romelu Lukaku is quite old and fascinating.

The two giants have been friends from even before joining the Manchester United campaign.

Both the players enjoy being with each other and regularly post videos of their fun and dance on social media.

Romelu stated in an interview that Pogba played a vital role in signing him on with Manchester United.

From then, both the players are like the backbone of the team, one controlling the midfield while the other making super-strong strikes.

Xabi Alonso and Steven Gerrard played for Liverpool for more than 5 seasons contributing greatly to the team’s success.

The duo had been best friends till then and they were also the most destructive duo in the Premier League.

Cristiano Ronaldo and Marcelo have been two of the best players football has ever witnessed at their position.

Cristiano Ronaldo is currently the youth icon with being the best striker in the world currently.

On the other side, Marcelo is one of the finest defenders in the world with such aggressive intent and skills.

For the time when Ronaldo was with the Real Madrid side, both the players had great fun.

We have seen multiple pranks and jokes that one used to do on the other.

Their bonding and friendship are quite strong off the field also and they are surely the most destructive best friends in the history of football.

Friendship is a simple thing that can make everything delicate and gentle.

The importance of friendship is vital in every aspect of life and the same is with football.

In this article, we have mentioned the top 10 best friends in football that inspire us to encourage the feeling of friendship and care for our friends and supporters.