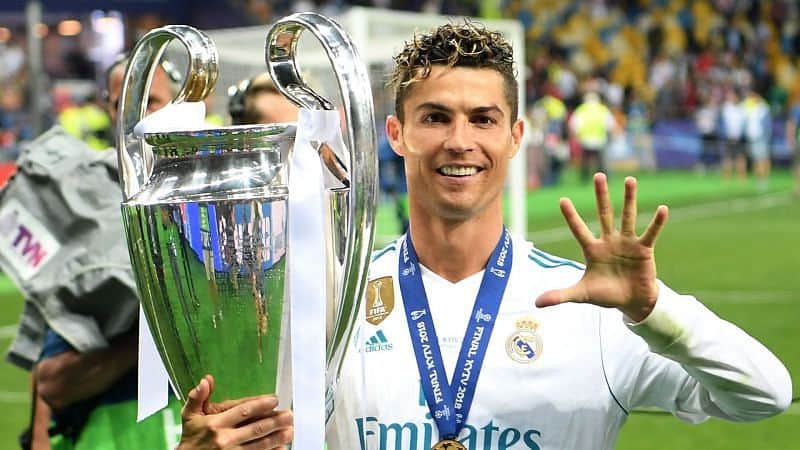 We have seen so many clubs playing in tournaments decorated with some of the best football players in the business over a while.

Some of them have made their reputation as the toughest teams to play with because of the amazing performance of their players.

FC Barcelona, Real Madrid, and PSG are some of the examples of the teams that have emerged as the best clubs in football history.

But how did these teams reach the positions they are at now? It is surely because of the extraordinary skills and performances of their players.

These teams have been decorated with some of the best players in the world that have scored hundreds of goals for their team.

In this article, we are going to talk about the team of Real Madrid, one of the most aggressive and highest potential teams in the history of football.

We have seen so many legendary players playing for the club right from the start.

Some of them have marked their name as the best players football has ever witnessed.

In this article, we will be talking about such historical and amazing players who have amazed us with their supreme talent and skills.

Below, we have mentioned the top 10 highest goal scorers for Real Madrid in history in descending order, the last player with the highest number of goals for the club.

Butragueno was one of the most important names in the Real Madrid team when we talk about the late 80s and early 90s in Spanish football.

Pirri is another great name when we talk about the highest goal scorers for Real Madrid.

Pirri played a long period of 16 years for Real Madrid where he appeared in 461 matches and scored a total of 172 stunning goals for the team.

Pirri contributed a lot to the evolution of the Real Madrid side by spending his 16 years with the team.

With the team, he lifted a total of 16 titles that included 10 league titles and 5 Copa del Reys.

Pirri also contributed to the team winning the European Cup in 1965-66.

Francisco Gento is a name of a football legend who dominated the game during his time with his fellow legends Alfredo Di Stefano and Ferenc Puskas.

He makes his name at the 8th rank when talking about the highest goal scorers for Real Madrid.

In the 601 games that he played for the club, he scored 182 strong goals that helped him hold several records for the team as well on a collective basis.

Gento keeps himself as the only player to lift the continental title a total of six times.

Hugo Sanchez was an important part of the popular Quinta del Buitre, also known as the vulture squadron.

Sanchez played 282 matches for the club where he scored a total of 208 goals.

He also won the golden boot for the league season in 1990 and five Pichichi awards, four of them consecutively.

Ferenc Puskas makes his name at the sixth rank on our list of the highest goal scorers for Real Madrid with scoring 242 stunning goals in just 262 games.

He is the second player after Ronaldo to maintain the goal-scoring ratio of 0.92 in Real Madrid history.

Now, the Puskas trophy is awarded to the best goalscorer in a year, giving him an honored dedication.

The real name of Santillana is Carlos Alonso Gonzalez comes at the third rank in the highest goal scorers in the history of Real Madrid.

He has scored 290 strong goals in the 645 games he has played for the club.

He spent his 16 years with the Spanish Giants where he won nine league titles and four Copa del Reys.

Alfredo Di Stefano is the name of a football legend who dominated the game during the late 80s.

In the 396 games he had played for the club, he scored 308 goals that helped the team win five straight Champions League titles, now known as the European League title.

Karim Benzema has been one of the best strikers in the history of Real Madrid from the time he left the Lyon Club in 2009.

Benzema has appeared in a total of 603 games for the club and has scored 323 superior goals that have helped Madrid win several titles (updated on May 13, 2022).

With his amazing skills and talent, Benzema has helped the Real Madrid side to win three league titles, four Champions League titles, and four World Cups.

Raul is the second-highest goal scorer for Real Madrid in history with scoring 323 amazing goals in his 741 games.

He also holds the record for making the highest number of appearances for the team in history.

Raul surpassed Alfredo Di Stefano in 2009 to become the highest goal scorer for the club; however, it was surpassed by the current youth icon, Cristiano Ronaldo.

Raul helped the Real Madrid side win six la Liga seasons and the Champions League titles during his career.

Cristiano Ronaldo holds the record for being the highest goalscorer for Real Madrid in the story with scoring a total of 450 goals for the team in his 438 games.

Cristiano Ronaldo has established himself as one of the best players the game has ever witnessed.

Ronaldo has maintained an inhuman goal-scoring ratio of 1.02 goals per game that seems quite hard for the other players to even match.

Cristiano Ronaldo again leads another list of our top 10 lists by being the highest goal scorer for Real Madrid in its history.

Well! We should never ignore the contribution and importance of the other players who are not on the list of the highest scorers.

Every single player in a football team holds equal importance and value.