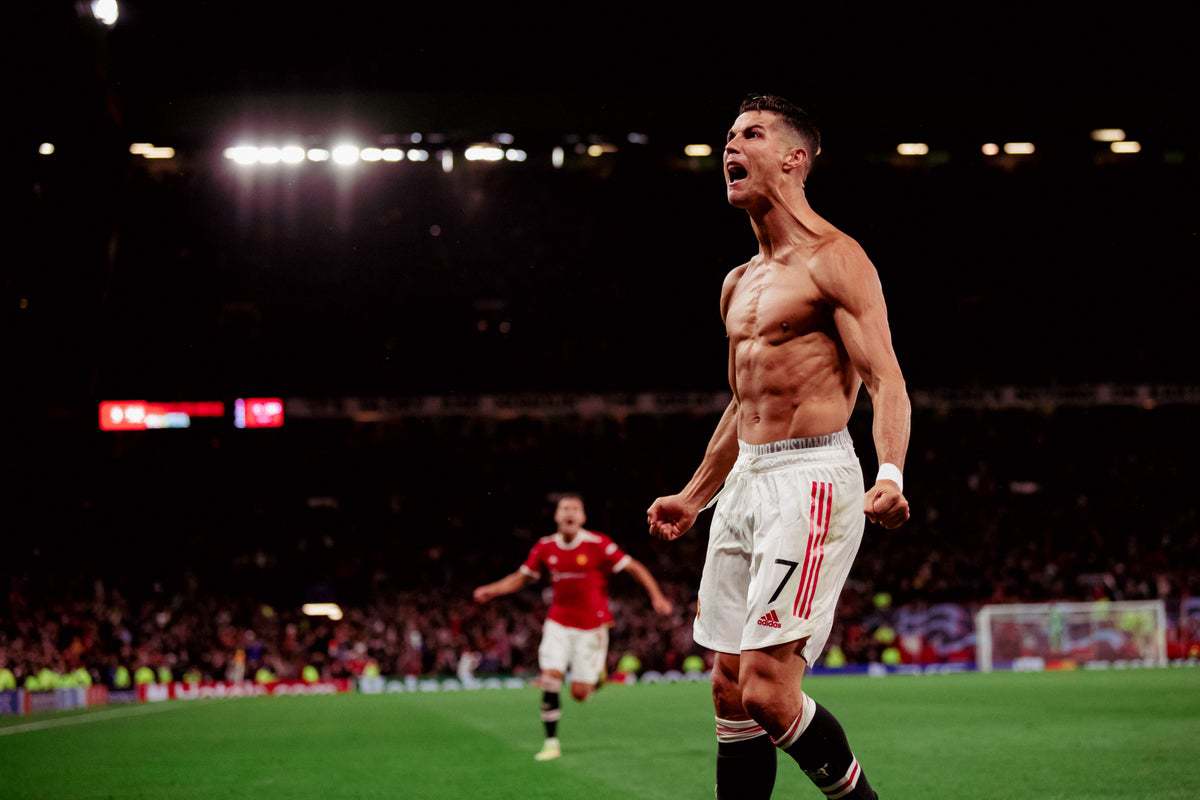 So, we all know who Cristiano Ronaldo is and what he is capable of.

Ronaldo is one of the greatest athletes born in recent decades so far.

Also, the highest goal scorer in the history of football is a youth icon for millions and billions of fans all around the globe.

The skillset he owns is rarely shown by other soccer stars in the industry.

We have some amazing, superhuman, and wild actions from Ronaldo on the field.

One of those magical things includes the legendary last-minute goals by Cristiano Ronaldo that saved his team.

The Portuguese star is a nightmare for the opposition defenders whenever he is on the ground.

Ronaldo’s impact increases significantly during the last minutes of the game when his team is running behind.

We have created a short list following the same.

Here are some of the legendary last-minute goals by Cristiano Ronaldo that saved his team.

The first legendary goal that comes to our mind is his goal against Sporting CP in 2007/08 in the group stage playing for Manchester United.

The game was going with a scoreline of 1-1 till the 90 th minute and the match was considered to be a draw.

In the 93 rd minute of the game, Man. United was given a free kick due to a foul made by Sporting CP.

The whole crowd was shocked when Ronaldo converted that long free-kick into a marvelous goal.

Ronaldo took a strong shot from a decent range, sending the ball right into the top corner of the nets.

The second crucial goal that saved the team was Ronaldo’s 91 st-minute goal against Manchester United.

Ronaldo was playing for the team of Real Madrid where the watch was heading towards an unwanted tie.

In the 91st minute, Ronaldo got a good pass on the left flank and converted it to a fabulous goal in the right
bottom corner.

Ronaldo was able to foul the opponent defender with his superfast dribble and took a strong shot giving
his team a comfortable lead in the match.

On the list of our legendary last-minute goals by Cristiano Ronaldo that saved his team, the third one came fresh this year.

Ronaldo was playing for Manchester United against Villarreal in the group stages of UEFA Champions League.

Both teams were showing great gameplay with a scoreline of 1-1.

Things were heading towards a tie but only till the 94th minute.

Manchester United made a messy yet crucial goal-scoring opportunity with a dangerous cross from the left flank that picked Ronaldo.

Ronaldo played a one-two with his teammate, fouling the defender and the goalkeeper.

He then made a delicate touch with the ball that was enough to send the ball right into the top left corner, giving the Red Dragons an unbeatable lead.

The next legendary last-minute goals by Cristiano Ronaldo include his match-saving goal against Atalanta in the group stages of UEFA Champions League 2021/22.

Atalanta seemed to be dominating the game by maintaining a lead of 2-1 till the 89 th minute.

Ronaldo scored a magnificent goal in the 90th minute after playing some one-twos with his teammates.

The last-minute goal saved the match and headed towards a favorable tie.

Ronaldo has scored several last-minute goals, saving his teams so many times from loss and also giving unpredictable wins.

These were the top-4 legendary last-minute goals by Cristiano Ronaldo that saved his team.

We might have missed your favorite last-minute goal by Ronaldo as it is a completely subjective list.